by Suresh Kumar
in Motivation
Reading Time: 5 mins read
A A 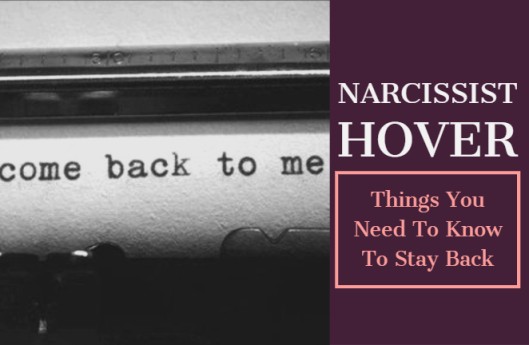 We all knew that every human has a limit and many people would seriously don’t ever try to test them beyond that level. But, as for narcissists they like to go over, under and beyond those limits. Sometimes it works and will let the other person go crazy for him /her while sometimes it just backfires onto them.  When the victim reaches their limit, he will not be willing to participate in again and that frustrates the narcissist because he/she will not be able to get entertainment unless the victim is willing to participate again in their games. When that happens, the victim will eventually make a pact not to return again.

In psychological terms, this is called “No Contact”. Maintaining no contact without having knowledge regarding the narcissistic relationship and their thought process is almost useless. Eventually, many people will break the no contact thinking that their absence would change the narcissist’s behavior. You know what is the worst part of being in relationships like these, it’s actually a one-man show and narcissist actually knows that their victim will surely return one day and hence, they don’t take your absence seriously.

If you observe the push and pull cycle closely, you can clearly see that the narcissist will always present in a guard mode no matter what happens. Victims will play all kinds of tricks in their sleeve right form ignoring the narcissist, staying away from him/her for some time, acting like being cool without them and many other things. They do these things just to win them back again and narcissists knew this and that’s the reason why they just remain calm and cool enjoy your pain standing from a distance.
Meanwhile, the victim will think that those tactics would work. They might work with normal people, but with narcissists, you won’t stand a chance. It’s because you’ll be treated as their slave when they get attention from you and when you are trying to trick them, they I’ll consider you like a challenge. They will do their best to overcome it no matter what. The victim sees it as one of a kind hard relationship, but narcissist sees it as a pursuit and victim as a trophy. You are just a mere object to them.
That’s the reason why, narcissist never reacts to those tricks played by the victim. He/she knew that you are just lying and deep down you still have feelings for him/her. Logically speaking, if you don’t like him/her, then you should’ve probably gone far away from them due to the pain and agony they caused to you lately. But you stayed. This makes them even strong, this is a simple thing that people ignore when being in a relationship with a narcissist. As I stated earlier, everybody has a limit, and narcissist likes to test it to their peaks

Meanwhile, during these vicious games, victims will get fed up and once in a while truly tries to maintain no contact strictly. Then, that time narcissist will sense the oddity in you quickly. Although victim failed to provoke the narcissist previously, this time as soon as they sense the oddity in you (I don’t know how they will get it) and that time you will see these sweet comeback signs from them. While getting these signs, the victim will probably do things like these.

1. Busy In Creating Self Doubts

When narcissists see you for the first time after a huge gap, they will suddenly get interested in you again. They hover back at you with all the attention that you crave from them previously, they’ll pour out all the love, doing things for you that you like, giving you all the attention that you want. They just seem like a good person once again. Seeing this after a long time will create self-doubt in you. Your mind will get puzzled out and fills with terabytes of questions and then comes the second phase.

2. Asking For Other People Approval

Generally, people won’t ask approvals from anyone, even from their family as well, but since the victim is in a doomsday phase right now. He will be in a stage where he can’t believe his own instincts and lost command over themselves. They will start seeking approval from everyone, even from total strangers as well. That’s when you’ll see them posting these different looking but same questions in Quora seeking other people approvals.

Go to this link. You will be going to see the ways of asking the same question in different ways.

If you have asked these questions yourself or in social media asking the signs of their return, then my friend, that itself is actually a sign of a narcissist hover and a possible beginning of doomsday for you.

3. Getting Back Again or Getting Healed

While some people will stay away and gets healed from traumatic relationships. Some people will fall into that bottomless pit again. This article is written in order to bring awareness about this kind of devastating relationship types. If you knew any person who is going through a relationship like this, then share this with them.

Note: This article is written upon the experiences of a victim who suffered from a narcissistic relationship. This is not accurate and will not apply to everybody. We encourage people to use it as an informative purpose only. 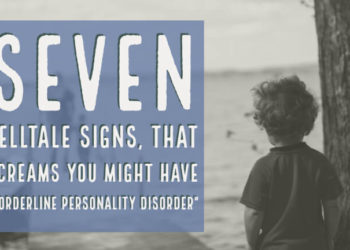